Wondering about the astrological personality types of the presidential candidates? Me too! Be prepared to be surprised, though, about what their astrological signs point to and how that informs the ways in which their personalities manifest on the global stage. I was able to explore this in a roundabout way during an interview with an admittedly edgy news platform.

So here’s what happened: Recently I crossed paths with my long-time friend, Tommy Chong (from Cheech and Chong) when I was visiting New York City on a PR trip. He brought me in to High Times Magazine for a fun little interview where I had the opportunity to dig deeper into the astrological personality types of the presidential candidates. The idea was to understand how each one might approach the legalization of marijuana given their astrological signs.

The truth is I’m not very interested in taking a position on whether candidates would back or oppose the legalization of marijuana. But I am deeply interested and committed to understanding personality in terms of the astrological gaze. So the combination of these two approaches came together in this lighthearted yet insightful interview with High Times Magazine.

To set the stage, some of you might already know that Neptune rules the world of marijuana and what marijuana offers users is a way to soften the focus on the world. The idea of legalizing marijuana and “softening the focus” on a variety of laws is already permeating the American legal system.

As the November election is quickly approaching and we are witnessing what has become one of the most insane races to the White House ever, the topic is very relevant. In fact, Ryan Seacrest called me last week asking me this very question: what are the astrological personality types of the presidential candidates? People are rightly curious about the astrological personalities of the presidential candidates which is why I thought it was a good idea to share this right here and right now.

High Times Magazine started by interviewing me about my new book on psychology and spirituality: The Missing Element. While visiting the High Times headquarters, I was asked to examine the astrological charts of presidential hopefuls at the time Hillary Clinton, Bernie Sanders and Donald Trump to see who might look most favorably on legalizing cannabis. Then they asked me:

“Which Presidential Candidate’s Astrological Chart is Most Favorable for Pot?”

This is hilarious. I have been an astrologer and a psychotherapist for almost 40 years and I’m just fascinated by the realms of the planets. So, as you probably know, the planet that rules pot is Neptune, which is “The planet of altered states.” Neptune, by the way, was discovered in the 1890s, which is right when they discovered anesthesia for surgeries, the drug that allows us to experience an altered state where we can leave our body and still come back to it without dying. Anyway, Neptune recently entered Pisces for the first time in hundreds of years, and it’s all about going with the world we can’t see.

True, the interview with High Times was a few months ago already, and Bernie is out of the running BUT Bernie Sanders, if he had been in the running, may have been a big proponent for pot. Bernie was born when Neptune and the sun were at the same spot—he was born a Virgo when Neptune was in Virgo—so his personality type is (no surprise) an idealist.

Hillary Clinton: Her chart shows she’s very controlling and she has a very strong need to be in power. 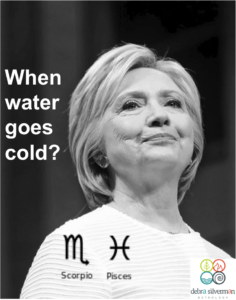 (Gee, have you noticed?) Well, she’s a Scorpio. So if Neptune is all about softening the focus, Scorpio controls the focus. She’s less likely to be considered as “open-minded.”

Actually, this is really interesting, because in her chart there’s an indicator that with the entire 12th House, she does have a more open, metaphysical side.

Let me quickly explain the significance of the 12th House. The 12th House represents mysticism and mystery; it is commonly referred to as the “House of the Unconscious” or even subconscious.

So the 12th House also suggests elusive, or unbeknownst matters, privacy, retreat, reflection and self-sacrifice. Ultimately, this house is the champion of positive transformations. The 12th House which rules Neptune, shows in Hillary’s chart that she does have an open side or more of a metaphysical spiritual side—but it’s so secret we will never know about it.

(Wouldn’t it be delicious to get into that secret world? I would love to know what’s going on in there, but good luck with that!)

Donald Trump: Trumps chart is the funniest thing you’ve ever seen! Really. This is going to sound ridiculous, but he was born with Uranus on his Sun. Uranus is the planet of radical departure from this reality not wanting to “follow.” It’s so appropriate as Trump is someone who has no sensibility towards “the norms.” 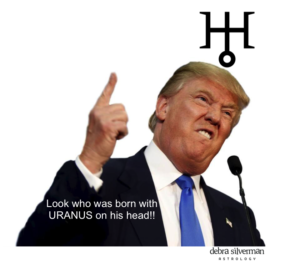 While Neptune is soft, the function of Uranus is like “break the structure and dismantle the old form.” He was also born under a full moon when the emotional bodies are just wild!

Would I suggest that he would be able to support marijuana? Well, his voice is one that comes very spontaneously and whatever pops in his head at the moment, he speaks…and we don’t always necessarily like what he says.

But he’s being real and truthful to who he is, which is a little wild and a little Uranian. Potentially, his idea of scrubbing the Congressional controls is a sign that he would be beneficial when it comes to the reform of the nation’s marijuana laws.

NEPTUNE RULES DREAMS Can We Soften The Focus? 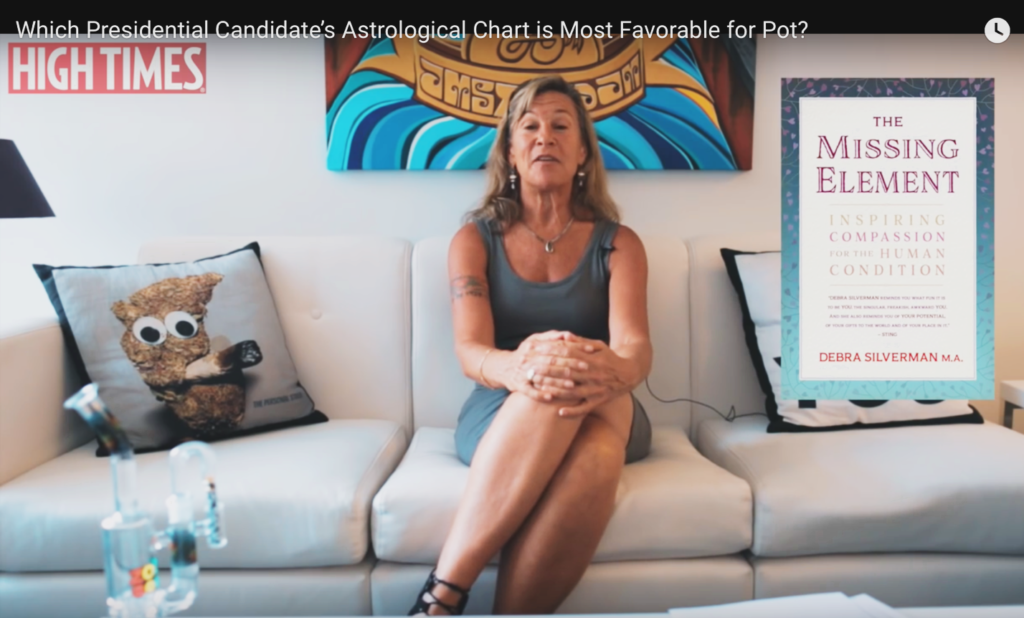 My prediction about all of this, based on the charts, is that this entrance of Neptune predicts a slow progression of change to 2025.

It’s kind of nice to think of everyone around us softening the focus, in general, becoming a little more relaxed, compassionate and not so stuck in thinking they know best about what is right and what is wrong.

Neptune rules dreams, so maybe it will be good to have a few more dreamers governing our laws. (But PS: I just had a nightmare the other night that Trump won, and I hope that dream doesn’t come true!)