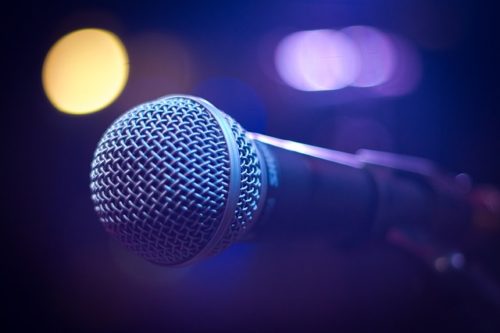 Nahko: An Aquarian For the Ages

This singer-songwriter and front man of the world music collective group, Nahko and Medicine for the People, has a debut solo record called My Name is Bear, which tells the story of his transformative early adult years and his ongoing journey to self-discovery. A citizen of the universe, Nahko is using his music as a bridge between the status quo and the truth we all have within ourselves.

Nahko: Going Within to Help Others

Through his music Nahko, which means “bear,” explores the universally human themes of love, intimacy, self-security and identity. Raised in Oregon and adopted at a young age, Nahko’s heritage is a blend of Mohawk, Apache, Filipino and Puerto Rican. His music is a mix of folk rock and hip-hop and echoes his rich cultural heritage, his time traveling around the United States with his dog and his commitment to inspiring others to find their own truth.

Nahko is a quintessential Aquarius: he’s a futurist who’s all about the message. He’s got four planets in Aquarius and four in Sagittarius, which means he has an incredible ability to speak but doesn’t have an off-button. Like many Aquarians, he questions all the rules that most people just blindly accept and has forged his own path. Others have ended up following him. Even though he didn’t necessarily know where he was going, he’s always known where he’s not going. Learn more about what make Aquarians tick.

Nahko embodies the Aquarian energy because he’s so focused on following his heart, which has led him to create music to help other people on their own journey. He and his band are also committed to protecting and preserving our planet and our citizens through their involvement in several non-profit organizations, including InterTribal Youth, Amazon Watch and Be the Change. Like other Aquarians, he feels it’s easier for him to be other worldly than human; he seems like he’s not from this world.

Aquarians often don’t feel the same human dimension around attachment or rules and can vacillate between feeling like their efforts to help others is futile and feeling hopeful and excited about the positive change that’s possible. Nahko knows how important the inner work is; he’s healing himself in honor of the collective, and he’s sharing his wisdom through his music. This poet, artist and entertainer is also a great friend, a collector of information and a self-described “nerd.” Aquarians are hungry to learn but also to shed light on what they intuitively know. They’re leading the rest of us through this vulnerable moment in history to a place of brand new thought where we leave the old, accepted narrative behind us. At the same time, they’re trying to heal us back to our roots.

Contact Debra Silverman today to learn more about Nahko and other Aquarians and what the planets may have in store for you. Set up a free consultation via email.

Introduce yourself and your program
Your information will *never* be shared or sold to a 3rd party.
Aquarius BLOG Zodiac No Comments
Next Post

Close Menu
Begin your astrological studies and find out what your chart has to say about you in this FREE short video, “Astrology 101”.