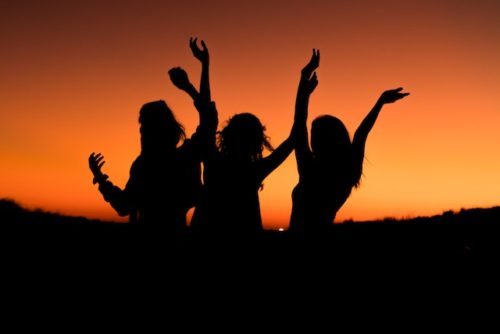 A Woman’s Place is in the Stars: Women and Astrology

People have been looking to the stars for guidance for more than 5,000 years. For much of that time, astrology was like any mystical, magical art forms of old: it was under the exclusive domain of testosterone through the access of men. Women were significantly influential in that world, even trained kings, but they were kept hidden and out of sight.

After hiding out for far too long in the shadow staying in the astrological background, women are now stepping out from those dark corners and into the light of center stage. Women are leading us. Think Ellen DeGeneres, Oprah, Christiane Amanpour, Barbara Walters, Angelina Jolie, Malala Yousafzai…they are our trusted voices of compassion.

In the old way of doing things, women and astrology were never allowed to coexist. Women were not part of “his-story” (of seers and wisdom-givers). Now the women of astrology are speaking up, now it is “her-story” and we have an emerging feminine narrative that respects all things feminine. We are now witnessing a flood, an army of women practicing mystical, magical arts. Enter: Debra Silverman’s astrological school which is enrolled by nearly 98 percent women.

The Times, They are A-Changin’

From Babylon to Egypt to Greece and Rome in times of old Astrology was only available to those in the “good ol’ boys’ club.” No women were allowed!

Back then astrologers were left behind, in the chambers of Kings and Queens kept far away from commoners. Why? Why this separation? Because astrologers cultivated a special gift trainable by a lineage. These wise men were often the seventh son of the seventh son, what they were not were their daughters. Astrology of old were NEVER the seventh daughter of the seventh daughter. No women were allowed access in religion, science or astrology. Men ruled everything and controlled society with the seemingly unbreakable power of testosterone.

But the pendulum swing has finally occurred.

Astrology now in 2018, has become the ideal disciple specifically for women to explore. Women have always been interested in helping, she longs to look for answers to improve her family, her friends and her community. She looks up and honors life and its mystery. You only have to give birth or witness a birth to know this world is a feminine practice to birth life itself. Yes, it is the feminine principle that is open to alternative explanations and to learning, studying and asking for directions and wisdom.

Women are coming into their own. We have so many indictors showing the world that this is the case—just  think: oracle cards, astrology classes, conversations about chakras, reiki and numerology—all these mystical arts were once exclusively men’s domain. But no more! Women are teaching yoga classes, opening successful mystical arts businesses and learning how to eat healthily.

Women are finally standing up, demanding to be heard and refusing to be silenced. We see this in the #metoo movement engaged across different professional fields all around the world. It’s no wonder we see this pendulum swing with women and astrology, too. Considering our female ancestors were burned at the stake for expressing ideas outside the norm, it is no wonder it’s taken women so long to come forward and explore astrology fully and openly…and for men to listen up.

From History to Herstory and Hopefully to “Ourstory”

Knowing women and astrology are a natural, magical pairing, Debra Silverman teaches courses such as Applied Astrology. She’s excited about the surge of women exploring this field but is left wondering, “Where did the men go?”

In the millennia that men dominated astrology, they made important contributions. From 16th century seer and author Nostradamus (who made predictions about the future) to contemporary astrologers Stephen Arroyo and Steven Forrest, men have written some classic astrological texts. These men and their work are part of the foundation of modern astrology and something that astrologer Debra Silverman honors.

Ideally, the pendulum will settle somewhere in the middle, so women and men will be represented equally in astrology. Having any field completely dominated by one group makes balance and harmony difficult if not impossible to achieve. Contact Debra Silverman today to learn more about women and astrology and to set up a free consultation via email.